Extracellular Matrix Book and Classes Matthew Wood
Skip to main content
You can purchase this book on Amazon or gather info to purchase from your preferred vendor. Please contact vendor for details on purchases.
Buy Now 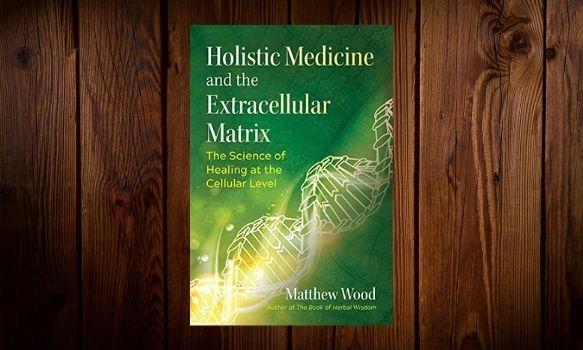 The discovery that the ECM is the regulatory system for the cells is astonishing and revolutionary. It overthrows the cell theory and establishes holism on a sound, scientific footing.
Recorded Class Access 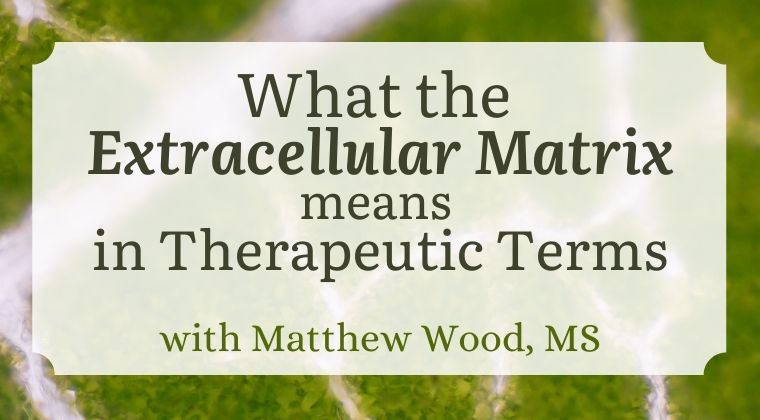 "Going barefoot: the touch between our extracellular matrix (inner biome) and the environmental biome around us." 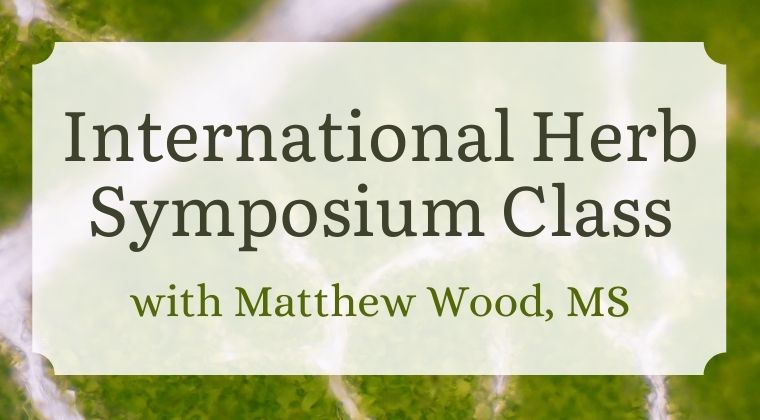 Many of my friends, students, peers, and readers are as interested in this subject as I am. The extracellular matrix is the first and primal organ of all multicellular life. Out of it arises the connective tissue system by an increase in the manufacture of fibrous material generated by connective tissue cells. It is like a continent rising up out of the ocean, or the move from sea slime to jellyfish to starfish. The matrix sheds new light on the origin of this, the second organ system to arise.

In the higher organisms, the matrix is served by the blood, circulation, and capillary bed, which brings in the nutrition, and by the lymphatics, which remove debris; also by the immune system, which protects the matrix from toxic inputs and helps detox aberrant cell growth and catabolic waste products. So we also want to look at classes on the circulation, immune system, and lymphatics.

In March 2018, Scientific American startled the medical/physiology world by publishing an article that declared the discovery of a “new organ.” They called it the “interstitium.” There was quite a bit of push back in the medical community, including the alternative crowd, many claiming the interstitium was just a part of an already known but little-noticed “new organ system,” the extracellular matrix. I pitched in my two cents worth, siding with the alternative voices, such as Gil Hedley.

Herbs A to Z

It seems that I have only given out one class on the Extracellular Matrix per se (so far). We have many more on the related functions.

There are two kinds of herbs that especially impact the matrix: mucilages, which are made of ‘matrix materials,’ i.e., polysaccharides, and astringents, which bind and contract tissue on the mucosal and matrix levels. There is a third group, the adaptogens, especially the mushrooms, which contain polysaccharides that have ‘directive intelligence,’ directing the development of the matrix. I will be doing a class on this subject in the next coming months, but right now we have to suit ourselves with the following classes:

The matrix needs to remain in a state of near-homeostasis or balance in order to support the life of the cells within. Actually, the matrix environment needs to alternate in acidity and content quickly, in order to support the different cellular functions. By comparison, the blood and lymph remain heavily buffered within a strict margin. Variations far from the mean become established in acute and chronic disease—constituting the basic tissue imbalances that occur and the state behind the disease. The organism may be too cold or too hot, too dry or damp. This class studies:

One of the great insights into the matrix, almost a doorway, so to speak, is through wounds. We learn the basic structure and rebuilding potential of the matrix and then the wound-treatments for rebuilding the matrix and learning how to maintain it. These classes don’t always address the matrix per se; sometimes just good sound treatment; they are practical.

All of us, alternative practitioners and medical doctors, believe in the importance and significance of the separate organs of the body. The matrix explains why they have such different personalities. While the organ is developing, in the fetus or the growing post-fetal organism, it is enclosed within its own membrane, which establishes an environment slightly different from that of the rest of the matrix. The organ grows with its own matrix and this little environment can reach into the bloodstream and pull in the nutrients it needs for organ support and repair.  Wow! Who’d a thunk?

This is one of my favorite topics because herbs are usually organ- or tissue-specific, and if we have an herb that is very specific to an organ it exerts an influence that is out of all proportion to what we would expect. It is almost as if the herb supports the essence, the archetype, the matrix of the organ.

Organ specificity, combined with energetics—the six tissue states—is the ‘prime directive’ that sends the herb in to cure in a highly specific and successful fashion. There are also general tonics and adaptogens and so forth, but the more specific, the more powerful.

The idea of ‘bad blood’ or ‘impure blood’ is an old one. There is no such thing, in literal terms—the blood is highly buffered, controlled, and would keel over dead (if we could imagine that) if it were full of toxins. So where are these toxins? Herbalist Paul Bergner has made the right connection: the only place these toxins can get hung up is in the matrix, in the area between the cells and the capillary bed and lymphatic capillaries, which are buffered. And what are these toxins? They are, simply put, metabolic waste products that have not yet been fully broken down.

The functions of the matrix can be reduced to a simple formula: IN-MIX-OUT. So we need to understand the “in” (circulation, blood, capillary bed), the “mix” (see the class on alternatives and also on immunity), and the “out” (lymphatic drainage).

Last but not least. If there is one system I like even more than the matrix, it is the Thermoregulatory System. Through opening and closing the ‘vents’ of the body (this is only found in the higher animals), heat and water are controlled in order to establish the basic healthy balance of life, which is largely going on in the matrix, though also in the other fluids, the organs, and tissues, and especially in the channels of elimination or vents.

This was/is the great organ system treated by the old granny healers of all time and the true physicians of Nature. It cuts to the quick: if we establish a balance of heat and cold, damp and dry, opening and closing of the vents, and the systems that work towards this end (lymphatics, liver, thyroid, skin, kidneys, colon, lungs, menses) we will also maintain the basic health of life.

Imagine my surprise when I found that the Thermoregulatory System is also active in maintaining mental health. Dr. Charles Raison, psychopharmacologist and psychiatrist at the University of Wisconsin, Madison, tells us that depressive people usually run a degree or two too hot, and that the best therapy may be the sweat lodge and the sauna!

We also have some longer courses that incorporate the extracellular matrix.

But one class that is especially related is our class on iodine, which explains how it is the basic anti-oxidant and anti-septic in the matrix, how it drove the pulse of evolution from the amoeba to the warm-blooded animal, developing the thyroid, first as a tool to store and spread iodine, and then as a thermoregulatory center.

Wow! I never thought of it that way until readers brought up the idea. So this is new material, not in the book: The extracellular matrix (ECM) is the area between the capillary bed, the cells, and the lymphatic capillaries. Food and waste travel through the matrix, and it is fed and cleansed through the blood and lymph. Surprisingly, the ground regulatory system (GRS), a mass of polymers in the matrix, is the controlling system for the cells, telling them when to feed, eliminate, reproduce, and migrate. The sentinels of the immune system, the mast cells, are stationed by the capillary bed, inside the matrix. So the brains of the innate immune system are also integrated into the matrix, which integrates the whole organism into a single operating system on the level of the cell. Therefore, modern research has proven the basic tenant of holistic medicine: the body acts as a whole. Meanwhile, bypassing the matrix through drugs and surgery has been demonstrated to be deteriorative to the health of the matrix and the body as a whole. The polymers of the matrix are basically what we call “polysaccharides” or mucilage in herbalism, so we are already working with the matrix. There is so much more we can do when we realize that holism is the now-proven basis of medicine and biology and that we can work with the body through the matrix. Think particularly of marshmallow root, comfrey, gotu kola, and remedies for the capillary bed, mast cells, and lymphatic drainage. 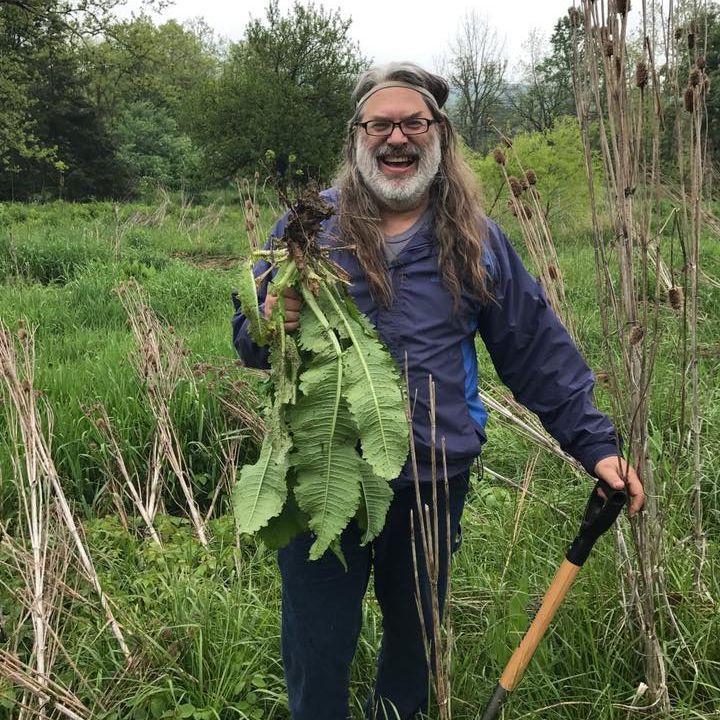