They can represent the basic forces of life  seen in the endocrine and other regulatory systems.  They also operate on  the psychological level. Indeed, our body is an animal; in fact, it is a  specific animal, and we need to learn to live in and with it.  The coming-to- consciousness of the "animal self," the animal alter ego, the intelligence  guiding the instincts, senses, and strengths of our body, is the basis of shamanism, which has always been represented by the half animal/half human glyph. So this study also advances our spiritual life, if we take that path.

The doctrine of signatures ("the plant looks like what it is for or grows in a place related to what it is for," “spirit signatures”  (“when the plant looks like an animal or is used by an animal” – Karyn Sanders).  We study the animal medicines and plants: bear, deer, badger, wolf, rabbit, snake, alligator, turtle, crow, eagle, etc. There are about twenty "archetypal" animal medicines. They correspond to constitutional types and physiological processes within us. This information is practical, grounded in case histories and experience and can be applied in practice by all students.  Indeed, it is easiest to learn by "stories," and that is the approach with animal medicines.

We also hope to learn from you!

Nature is alive and intelligent, but her intelligence is different from the prevalent mindset of today.  Instead, she thinks in patterns – hot, cold, damp, dry – and forces – Bear, Wolf, Dog, Deer, Turtle.  This is what Paracelsus called the lumen naturae (Light of Nature).  In order to understand this language we need to learn to think in these kind of intuitive patterns.  This is called the “Language of Nature,” or the “Green Tongue.”  This is the language of our intuition.  Carl Jung found that we had four “functions” or perception of the world, thinking, feeling, sensation, and intuition.  So, we study and teach human and animal constitutions.

Nature is alive and that means she is ensouled – is a living soul, the Soul of the World (anima mundi).  We aspire to be citizens of that world, because it is our true home, where we are comfortable – if we can kick off our human baggage.  If we are lucky, we can tune into and be at one with this world-soul, or with a citizen of that world – mineral, plant, animal.  We should not make presumptions, however, the first thing we need to do is ask permission to share space with Nature or one of her ensouled, living citizens.  Then, we should let that them do the talking.  So, we explore plant journeying.

THE STORY OF SOPHIA, or THE DESCENT OF STAR WOMAN

The archetypes or primal ideations or forces of creation exist in the spirit world.  The knowledge of these forces is called "Nature Wisdom" or "Natura Sophia" and is related to the concept (or experience) of Sophia.  The stars represent her wisdom or archetypes and are imprinted upon the world in people, animals, plants, and minerals.  According to the Native American story Star Woman descended from the Sky, the birds of the air circling around her, to set foot upon Original Turtle, while the little water animals piled up the soil from the bottom of the sea to make the earth on the back of Original Turtle.  This wisdom is also known as Turtle Medicine.

THE DOCTRINE OF SIGNATURES

The intelligence and language of Nature manifests is the shapes, patterns, and characteristics of the plants.  This is the ancient doctrine of signatures, much criticized today, but one of the chief ways Nature makes her alphabet known to us.  When the plant has the signature of an organ, or resembles in some way a process or function or illness in the body, then it heals that analogous structure or function.  This is called the “law of similars.”  The correspondence between the “archetype” and the physical manifestation, or between a plant and a person, animal, organ, or function or disease, is called the “doctrine of correspondence.”

THE MEDICINE OF NATURE

When we practice according to the directions of Mother Nature (or Sophia, actually), we an acquire the "medical license of Mother Nature."  The principles are based on the presiding archetypes: the doctrine of signatures, spirit signatures, the Language of Nature, the law of similars and the law of contraries.  This is a real license in the inner world.

The animals are the closest to an “alphabet” of the "Language of Nature.”  There are about twenty to thirty basic, archetypal animals (unless we live in Australia), and these are the “letters.”  There are so many things we can learn from them.  And, they correspond to plants.  "When a plant looks like an animal or is used by an animal” it is associated with that particular animal, and represents it, or is an expression of that letter in the Language of Nature.  This is called a “spirit signature” and this is an especially strong kind of medicinal power.  Practically speaking, many of them fit the endocrine system, which so often determines constitutional typology and expression.

• SHAMANISM: THE IMPORTANCE OF THE ANIMAL SELF 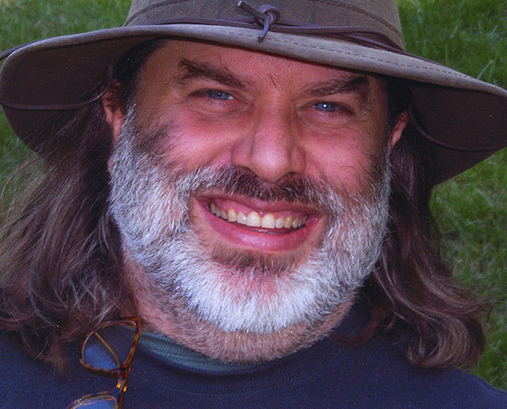 Matthew Wood has been a practicing herbalist since 1982. In a period when many authors and lecturers are merely "arm chair herbalists" who offer theories and opinions based on book learning, and others have turned to the exotic traditions of India or China, he has been an active practitioner of traditional Western herbalism. He has helped tens of thousands of clients over the years, with many difficult health problems. While Matthew believes in the virtue of many other healing modalities, he has always been inspired to learn, preserve, and practice the tradition of herbal medicine descending to us from our European, Anglo-American, and Native American heritage. He is a member of the American Herbalists Guild (registered herbalist) and has earned his Masters of Science degree from the Scottish School of Herbal Medicine (accredited by the University of Wales). 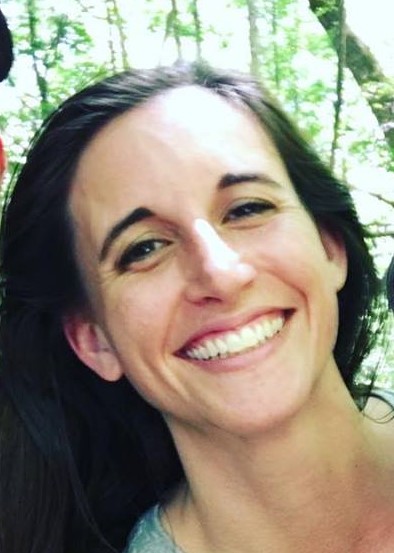 A daughter of the Blue Ridge Mountains, Amanda is a writer, teacher, and herbalist who makes her home in the Upstate of South Carolina.  Her book, Flowers for a Girl:  Plant Medicine & Sexual Trauma, is a poetic telling of her own healing journey with the plants as her teachers and companions.  Deeply grateful for her teachers, Amanda is blessed and held by the spirits of her Choctaw (Chahta) ancestors as she listens to the land and gathers medicine messages.  She is happiest shaded by trees, surrounded by wildflowers, dusted with dirt, or immersed in wild water.  She loves books, chocolate, and the tulip poplar tree. To read her poems, discover her classes and offerings, and learn more about Amanda, visit www.alchemillas.com or listen to her podcast, Whispers:  Plant Spirit Medicine. 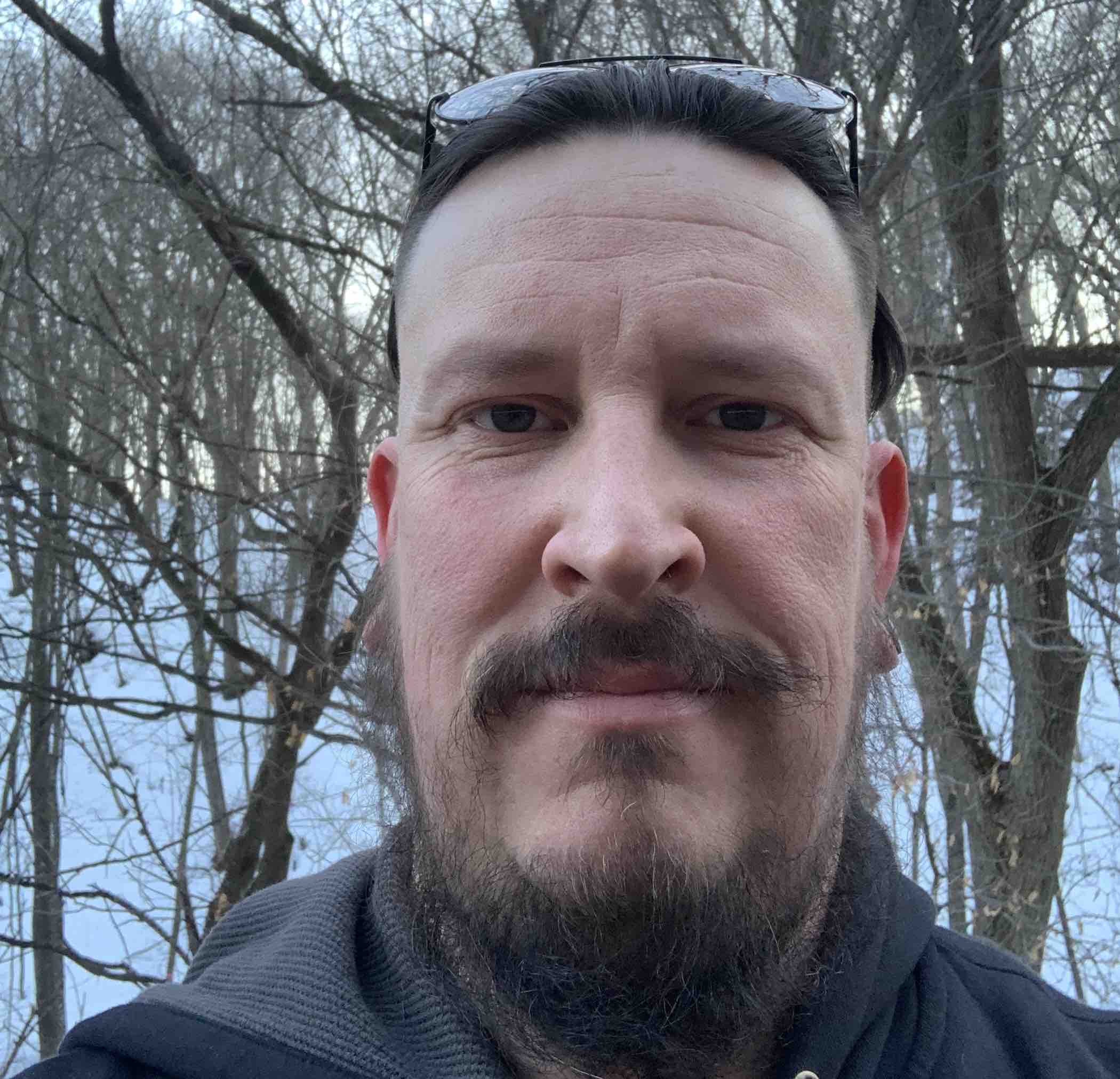 I’ve been a practicing herbalist since 2002. My ojibwe/Métis grandmother started me on my spiritual journey at the age of 4 when she started telling me about plant and animal medicine. My dad grew up on a homestead and knows a lot about wild foods. Between my dads teachings and my grandmothers I was always outside! I use an energetic approach to herbalism which animal medicine is a part of.

Learn more about our Teachers on our Faculty page.

There are 14 hours of pre-requisite, BONUS material to prepare you for the 3-day class!

Note, the Shamanic Herbalism (8 hours) is an early recording from a home video setup, before we officially founded the Institute. The audio is not the best. We have since invested heavily in quality audio and video equipment. This is BONUS material and is still very worth studying, and required to prepare for the 3-day class. The other 6 hours are Bat/Holly Medicine and Wolf & Deer Medicine from the Materia Medica classes plus the 2 hours of free intro. to Animal Medicine and Bear Medicine!

The FREE Intro is a good example of what the quality of the class recording.

This helped me see herbalism through the eyes of a shaman, and I see better because of it. It has helped me gain confidence in knowing that the plants will t...

This helped me see herbalism through the eyes of a shaman, and I see better because of it. It has helped me gain confidence in knowing that the plants will teach me what I need to know to help nature help heal others.

"Since my teens I always knew that the most profound way to understand or classify herbs would be 'by animal,' " comments Matthew.  "I didn't know what that meant or how to do it but it was already there in my mind and the information has since filled in."  This method is well-established in Native American Medicine; vestiges are seen herbal medicine throughout the world (Europe, China, Japan, Africa, India, etc.)  "I will never know whether the idea was implanted in me because I lived my formative years on a remote Indian reservation (nonmember) or because it is simply true.

Certificates designed and signed by Matthew Wood are available to those who successfully complete all tests with a passing grade of 70% or better. More details regarding certificates are here.